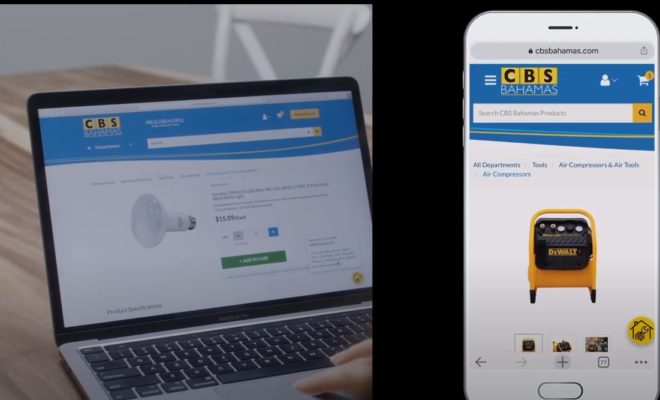 The Bahamian retailer and distributor, CBS Bahamas’ shift to e-commerce improved the company’s holiday season business by more than it expected.

He also added that the company will emphasize its online operations in 2021.

According to Burrows the Thanksgiving to Christmas holiday season was not the same as before, but he was “pleased about how it ended up turning out”.

He continued that the Southwest Plaza, CBS’s anchor store, was very busy during the holidays.

He explained that the store’s e-commerce site, launched last year as a response to the pandemic and the restrictions for in-store shopping, drive buyers to the store.

“We launched our online e-commerce site. That has done a lot to promote our business, because people can now go online and see the array of products we carry and that has driven foot traffic in the store. That has been doing well for us since we launched it in April or May,” said Burrows.

He also mentioned that CBS revamped its purchasing strategy early in the year.

They increased their stock of houseware items and buying more affordable stock “to go along with our traditional stuff”.

“We just did some better buying and had some better deals for our customers. We did it every Friday from Black Friday up to Christmas and that was very helpful with sales. So we had deals every weekend,” said Burrows.

He added that the store also held Black Friday sales up to Christmas.

This year CBS Bahamas will expand its e-commerce business and improve direct delivery of its products into the Family Islands.

This online platform now has next-day delivery on New Providence and contactless pick-up using lockers, which gives CBS an advantage over its competitors.