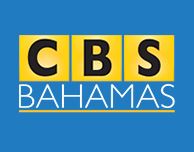 In the late seventies, Carl’s son John and his nephew Brent Burrows were given the opportunity to join the business. Today, they are both shareholders in the company and serve as President & Managing Director and General Manager & Vice President, respectively.

During the past 45 years CBS has seen tremendous growth, and is now the nation’s leading supplier and installer of Architectural Building products in both the commercial and residential markets. CBS Bahamas is also the nation’s largest Home Improvement retailer.

Additionally, CBS is proud to represent new and exciting brands such as Kohler, Pratt & Lambert, En Pointe Cabinetry, and Mohawk; offering a wide selection of high-quality products to outfit your home or commercial building in all areas. We take pride in helping the Bahamas to #buildbeautiful.