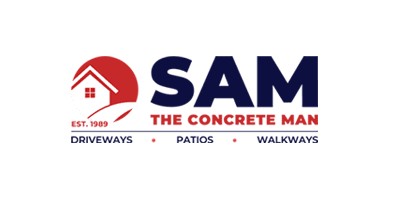 Sam The Concrete Man Is One Of The Fastest-Growing Home Improvement Franchises In The U.S.

The leading concrete franchisor is celebrating a year of growth that more than doubled the size of its network, laying the groundwork for even more significant brand expansion in the next year.

The country’s leading residential and commercial concrete contracting franchise, Sam the Concrete Man, announced today that it will expand its network by 34 new franchises over the course of 2021, effectively doubling its footprint and establishing the brand as one of the fastest-growing home improvement franchises in the United States.

The one-of-a-kind franchisor began 2021 with only 22 franchises in 17 markets and now begins 2022 with 56 franchise sites open or in development in 34 regions.

During a year marked by historic company growth milestones, Sam the Concrete Man:

“You can’t find another concrete company that provides the same levels of transparency, efficiency and craftsmanship that our customers now expect from Sam the Concrete Man with every single service,” Stewart explained.

Sam the Concrete Man plans to continue its record-breaking growth this year, with a target of awarding at least 44 new franchises in order to reach 100 locations by the beginning of 2023.

At the moment, the company is actively seeking prospects interested in expanding the brand’s presence in the western and midwestern regions of the United States.

“It may seem unrealistic to some that we’d be able to achieve such lofty expansion goals in just a single year,” Stewart said. “But keep in mind we only had seven total franchises at the start of 2020.”

“When you have proven systems and a product that speaks for itself, what may seem unrealistic becomes very possible.”


Home Industry News Sam The Concrete Man Is One Of The Fastest-Growing Home Improvement Franchises In The U.S.