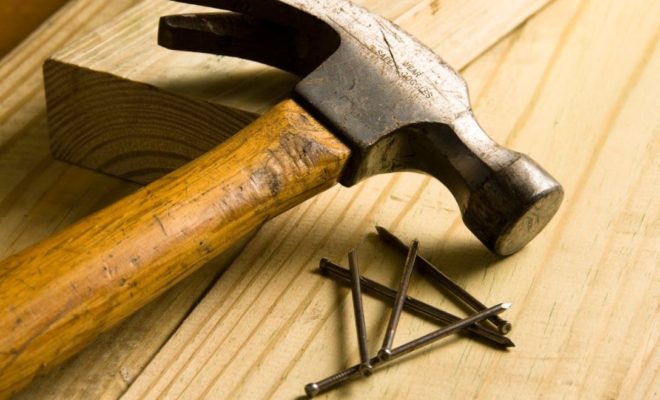 The vast majority of US nail manufacturers, represented by the American Steel Nail Coalition, filed an Amicus Curiae brief in support of the US.

To avoid steel tariffs in 2018, the government has been attempting to prevent a flood of foreign nail imports.
The government has filed an appeal against a decision made by the US last year.

A presidential proclamation extending the original steel tariffs to nails and other derivative products was ruled unconstitutional by the Court of International Trade.

In March 2018, President Trump issued Proclamation 9705, imposing 25% tariffs on steel imports from nearly all countries under Section 232 of the Trade Expansion Act of 1962, which grants the White House authority to respond to trade threats to national security.

In January 2020, the President issued Proclamation 9980, which addressed a significant increase in imports of steel derivatives such as nails that were not covered by Proclamation 9705. This increase was blatantly contrary to the initial steel tariffs.

Foreign nail manufacturers, such as Oman Fasteners, and US distributors, such as PrimeSource Building Products, then challenged the tariff extension to nails and were successful in April. The Biden Administration filed a petition with the U.S.

Today, the American Steel Nail Coalition filed an amicus brief with the Court of Appeals for the Federal Circuit.

That brief made three main points:

First, “Proclamation 9980 has had a positive impact on the domestic steel nails industry, and thus, on American steel production and capacity utilization generally.” Imports of steel derivatives fell 16% after the proclamation went into effect, compared to the previous year.

Second, a recent precedent “rejects the central legal basis of the Trade Court’s decision to invalidate Proclamation 9980.” In a July 13 decision in Transpacific Steel, LLC, et al., v. United States, involving an increase in Section 232 tariffs for Turkish steel imports, the court held valid an extension of the original proclamation “beyond the 105-day timeframe for the initial action set forth by the statute.”

Third, the Coalition argues that “Proclamation 9980 is not subject to judicial review because Section 232 commits actions to prevent threats to national security, including circumvention of such actions, to the discretion of the President.”

The Coalition’s counsel, The Bristol Group PLLC, states in the Amicus brief that the nail organization and its members “have a substantial interest in the President’s ability to ensure the effectiveness of Section 232…, particularly when relief is undermined or stymied by circumvention.”

The brief adds, “Over the last 45 years and continuing today, members of the Coalition have made concerted and consistent efforts to defend their industry from repeated surges of unfairly-traded imports, and to ensure that U.S. trade laws are enforced by preventing circumvention of antidumping and countervailing duty orders….

“Indeed, the history of efforts by the U.S. steel nails industry to defend itself from unfairly-traded imports reflects highly analogous behaviors to the circumvention addressed by Proclamation 9980….”

“Since 2007, members of the Coalition have been forced to file multiple trade cases in response to surges of imports prompted by foreign producers and importers shifting production to circumvent intended relief.”

Indeed, as recently as December 29, 2021, the industry filed yet another set of trade cases in an effort to curb injurious imports from new sources.”