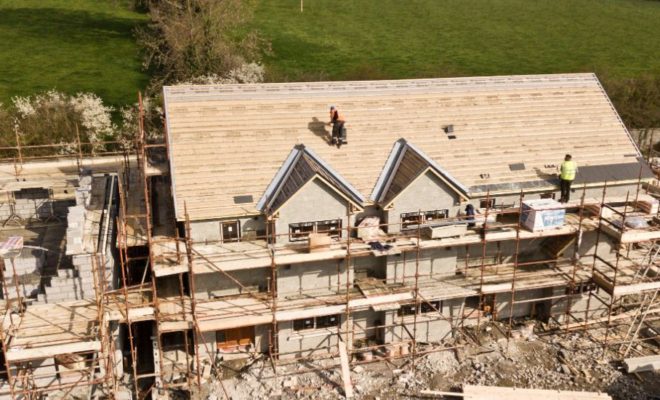 2022 Remodeling Impact Report: Hardwood Floors and Home Offices have the Most Influence

Over the past year, homeowners and families in the United States have undertaken a wide range of renovation and remodeling projects.

This year’s report examines a variety of home improvement topics, such as why people decide to remodel, the general costs of specific remodeling tasks, and the satisfaction felt after a successful project is completed.

“In some cases, homeowners were content with simply painting a room, while in others, families decided to take on the task of renovating an entire attic or basement to add additional living space to their home.”

According to the report, Americans will spend $420 billion on home remodeling projects in 2020. During the pandemic, 90% of NARI members reported an increase in demand for contracting remodeling work.

Because of the pandemic, three out of five NARI members – 60 percent – said the scale of the projects grew, either in a larger project or remodeling more than one room.

“This report is the first to measure the impact of the pandemic on the price and relative value of various remodeling projects,” said NARI president Chris Egner, MCR, CKBR, CRPM, UDCP.

“We are pleased that NARI members, who are among the most experienced remodelers, were able to provide realistic estimates of remodeling costs in accordance with the survey criteria.”

Despite the fact that 83 percent of consumers said they would have remodeled regardless of the pandemic, 86 percent said remodeling one area of their home inspired them to remodel other areas of the house.

The specific reasons why homeowners decided to change their living spaces varied. The single most important result of their remodel, according to 35% of owners, was improved functionality and livability.

After completing their project, 22% reported having durable and long-lasting results, materials, and appliances. 14 percent reported improved beauty and aesthetics as a result of their remodel.

“The pandemic has changed the way we use our homes, and many of those changes are permanent,” Lautz said.

“As a result, homeowners were forced to reconfigure or remodel how they used their homes in order to maximize space.”

More than a third of owners (35%) hired a professional for the entire project, while 28 percent hired someone for the labor but purchased the materials themselves.

Twenty-two percent of homeowners completed the entire project themselves, from beginning to end.

The NAR/NARI report sought to calculate consumers’ attitudes toward their projects after they were completed.

Projects that made renovators want to stay at home, or remodel jobs that increased occupant enjoyment, received a high Joy Score, with 10 being considered a perfect Joy Score.

Painting a home’s entire interior, painting one room, adding a home office, hardwood floor refinishing, closet renovation, and insulation upgrades were among the tasks that received a score of 10.

Hardwood floor refinishing received a 10 Joy Score because the homeowners were happy and satisfied with their home after completing the upgrade.

Sixty-four percent of those polled said they have a greater sense of enjoyment at home now that their hardwood flooring has been installed.

Another 64% said just thinking about the finished project gives them a “significant sense of accomplishment.”

Creating a new home office is another task that received a perfect Joy Score based on homeowner feedback.

Ninety-one percent of consumers said they want to spend more time at home now that their office is up and running. When they are at home, 73% report that they have a greater sense of enjoyment.

The NAR/NARI report also looks at a variety of remodeling tasks and provides a cost recovery estimate for the projects.

Many factors influence the true cost of each remodeling project and cost recovery, including project design, material quality, location, age and condition of the home, and homeowner preferences.

“An added benefit to home renovations is the possibility of an increase in the home’s value, which is why some people remodel,” said Lautz.

“This is especially beneficial to a homeowner who is thinking about selling or converting their home to a rental property.”

Realtors estimated how much money each project would add to the resale value of a home. A Recovered Project Cost percentage was calculated by comparing that dollar value to the estimated cost of each job provided by NARI members.

In terms of interior projects, refinishing hardwood floors had the highest percentage cost recovery at 147 percent.

Among exterior projects, new roofing and a new garage door both recovered 100% of their costs.

Kitchen renovations were also popular among homeowners, receiving a 9.8 Joy Score. The desire to upgrade worn-out surfaces, finishes, or materials was the most common reason for undertaking a kitchen renovation (32%).

The second most popular reason (20%) was to add features and improve livability.

The average kitchen remodels, according to NARI remodelers, would cost around $45,000. Realtors estimated that the renovation could recover $30,000 of the total cost. That equates to a 67 percent recovery rate.