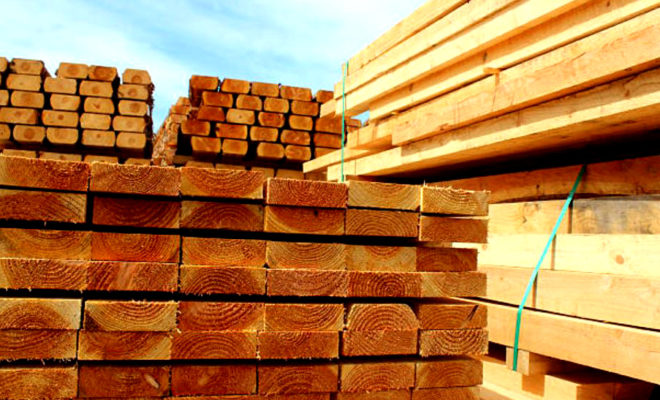 According to a National Association of Home Builders (NAHB) post, the failure of domestic sawmills to increase output sufficiently in the face of continuing strong house buyer demand was a major contributor to record-high timber prices and price volatility in 2021.

Despite a mid-year three-month timber price drop, soaring lumber prices, combined with delays and increased costs for other building materials, remained a significant restricting factor for home development throughout 2021.

With historically low levels of overall housing inventory and strong demand due to low mortgage interest rates and favorable demographics, new building has been unable to bring essential supply to the market, resulting in unsustainable price increases.

The following economic data track estimates for the sawmill industry (NAICS 3211) and plainly show that domestic output has not kept pace with home construction improvements since mid-2020.

Labor shortages have been suggested as a reason for the lack of timber output in the United States, a restricting factor for the broader economy in both the manufacturing and construction sectors.

However, data from the Bureau of Labor Statistics show that employment in the sawmill business is up from a year earlier.

Sawmill employment stood at 90,100 in October 2021, according to the most latest data available.

Over the same time period, employment in residential construction increased by 4.0 percent, or 118,500 net jobs. 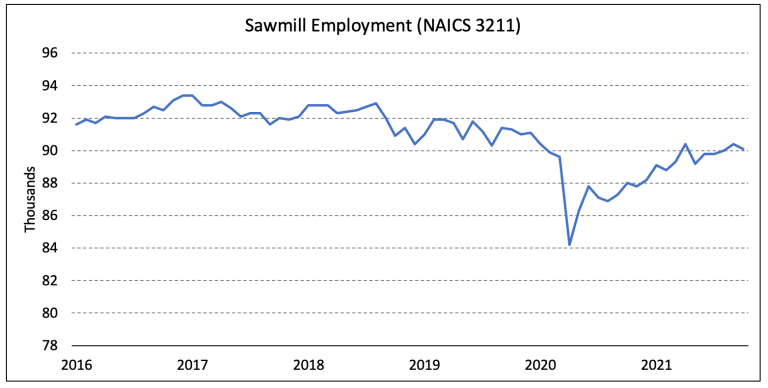 With the increase in labor, sawmill output increased over the 12-month period ending September 2021, but in a turbulent fashion.

The seasonally adjusted rate of sawmill output in September 2021 (the most current available data) was 1.2 percent higher than in September 2020, according to data from the Bureau of Economic Analysis.

Total sawmill output increased by 3.3 percent in 2020 compared to 2019 due to a year-end production surge.

This upward trend continued in the first nine months of 2021, with output through September being 3.1 percent higher than in the same time in 2020. 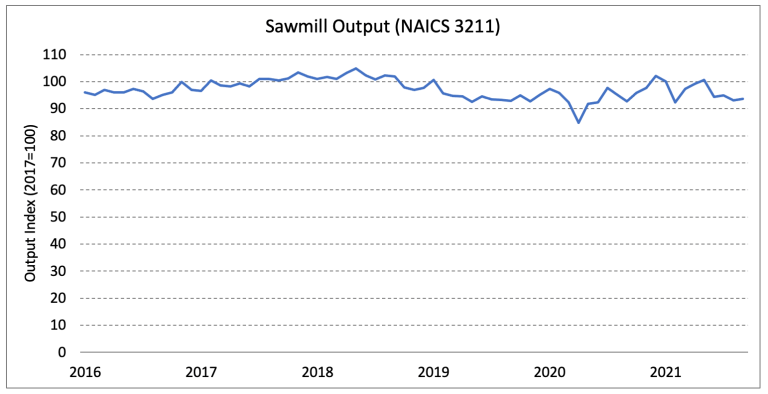 The rise in output in 2020 was insufficient to meet the demand from residential building, and this has continued in 2021.

The graph below depicts single-family starts and sawmill output indexed so that levels in 2012 equal 100.

The widening discrepancy between the two metrics, notably in 2020, is to blame for the sharp rise in lumber costs. 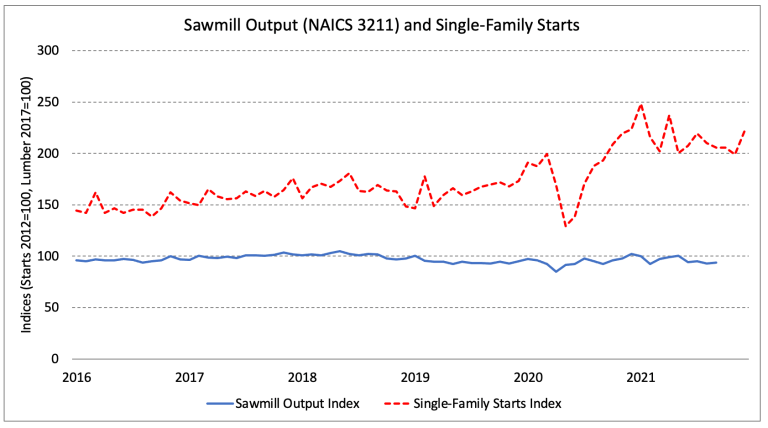 By including an indexed measure of the Random Lengths Framing Lumber Composite Price, this impact on price may be shown.

These figures show that, due to the domestic industry’s incapacity to swiftly boost lumber supply, lumber costs increased at an unprecedented rate.

Prices began to rise in August after falling from record highs in 2021, and have more than doubled in the months following.

The production gap, as well as the material cost impact, can only be closed by significantly increasing domestic production, increasing lumber imports into the United States, or significantly substituting other building materials. 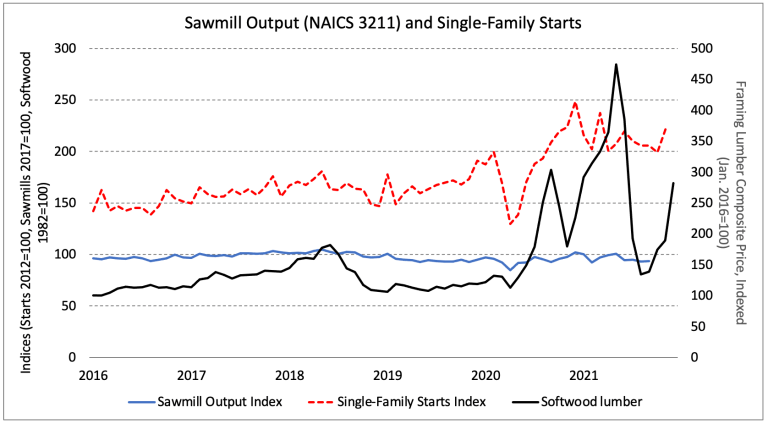 Read more about this topic on Eyeonhousing.org, posted by David Logan