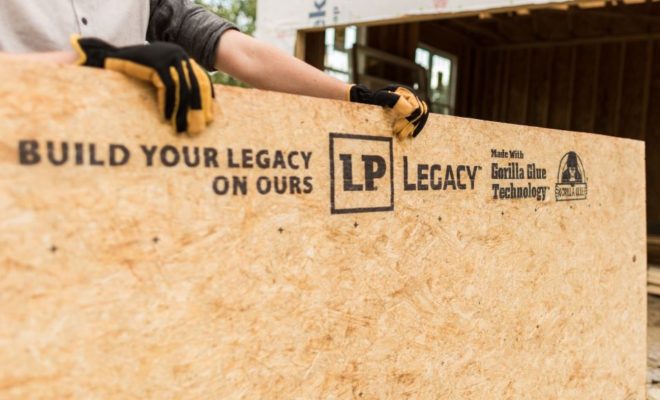 Since LP Legacy® premium sub-flooring’s launch, LP has put the products through meticulous or even extreme testing.

These go beyond industry standards to measure and highlight the product’s superior features.

This cause continued at the University of Maine Advanced Structures and Composites Center.

They put them in a four-phase, 14-month long study customized to replicate the possible extremes of wear in a house or construction site.

“Typical tests for OSB look at strength and stiffness; they’re usually really quick and can be done in a lab in an hour. But none truly emulate the conditions you’re going to see in the real world,” says Brian St. Germain, Director of Technology at LP.

“What we’re trying to do with this testing is to show builders that this high-performance OSB panel will actually perform better.”

The study’s four phases include:

“After all of the exposures, the repeated wetting, the repeated hydrothermal cycling, and the repeated loading, the fastener capacity of Legacy OSB has virtually remained unchanged,” reports Benjamin Herzog, a Wood Technologist for University of Maine who was part of the team that conducted the tests.