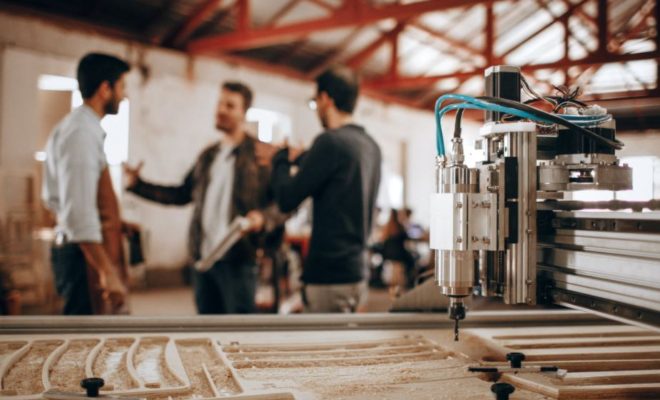 Bud and Lud McCrary founded Big Creek Lumber in Davenport, California, in 1946, with a combination of hard work, ingenuity, a foundation in the skilled trades, and a passion for sustainable forestry.

In honor of that legacy and its 75th anniversary, the company has established the McCrary Family Scholarship, which will provide financial assistance to students pursuing a career in the skilled trades or forestry.

The scholarship will be given to graduating high school seniors who plan to pursue a career in the skilled trades or forestry. More information and an application can be found here.

Bud and Lud co-founded Big Creek after returning from World War II at about the same age that most students graduate from high school.

Despite their unconventional education, the skills they learned while serving their country prepared them for success when it came to establishing Big Creek.

Bud worked for the Navy as a teenager civilian during the war and later as an aircraft carrier mechanic.

Lud enrolled in continuation school while also attending a diesel mechanics trade school in San Francisco, all before joining the Merchant Marines at the age of 16.

They used the trade skills they learned during the war and from a lifetime of working in the woods to launch Big Creek.

They worked as loggers, sawyers, equipment operators, mechanics, builders, and other jobs for the fledgling company.

Men who never completed high school became lifelong learners and helped build Big Creek into the company it is today.