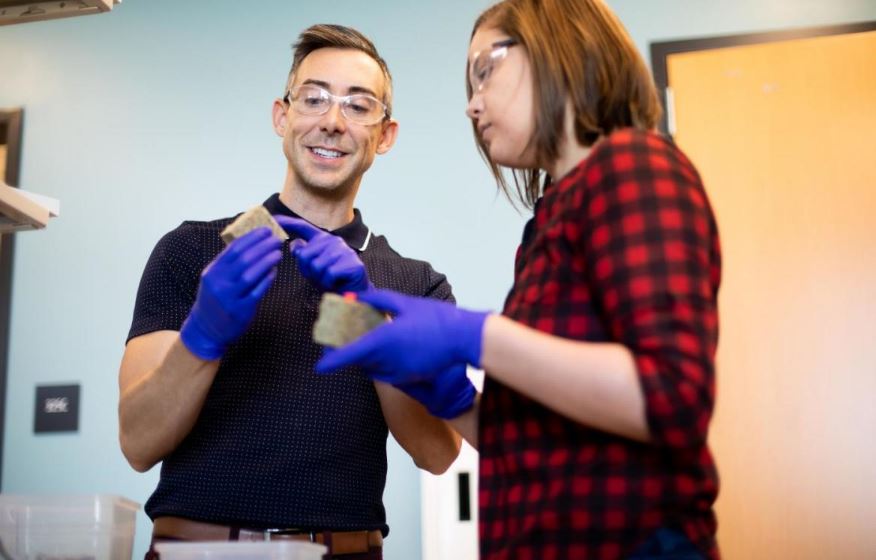 Some may have heard about experimental concrete that has self-healing characteristics that repair its own cracks.

Now, scientists and researchers have taken this concept further by using bacteria to create materials that construction workers can grow on-site and regenerate when cracked or damaged.

Assistant Professor Wil Srubar led a team from the University of Colorado at Boulder. They started the experiment by combining a gelatine-based hydrogel and sand.

They then placed the mix in brick-shaped molds and then they added Synechococcus cyanobacteria. The team made the mix’s structure in a way that allows the microbes to “roost.”

The bacteria grew as they started to absorb more and more carbon dioxide from their environment. This resulted in the production of calcium carbonate.

It then began to mineralize the hydrogel into a mortar-like material that binds the sand particles into bricks.

After some tests, researchers discovered that approximately 9% to 14% of the bacterial colonies were alive after the 30-day period when the bricks formed.

They continued to state that this success rate is only possible if the level of humidity is conducive to Synechococcus growth and survival.

This is a problem because the bricks are stronger when they dry out instead of remaining humid. With this finding, researchers are looking for ways to develop microbes that can withstand drier conditions.

Their objective is to find a use for construction materials companies can grow on-site from ingredients supplied to them and have self-healing characteristics.

Researchers in the project mentioned that if they placed have of a brick in a mold with more sand and gel, the bacteria will move to the new material, which results in new brick.

One “parent” brick broken in two may produce around eight more bricks.

As a bonus, the construction materials made using the bacteria sequester the excess carbon dioxide in the air.

On the other hand, the production of typical concrete is one of the main sources of C02 emissions made by people.

“We already use biological materials in our buildings, like wood, but those materials are no longer alive,” says Srubar. “We’re asking: Why can’t we keep them alive and have that biology do something beneficial, too?”

Readers can find the research in a paper published in the journal Matter.