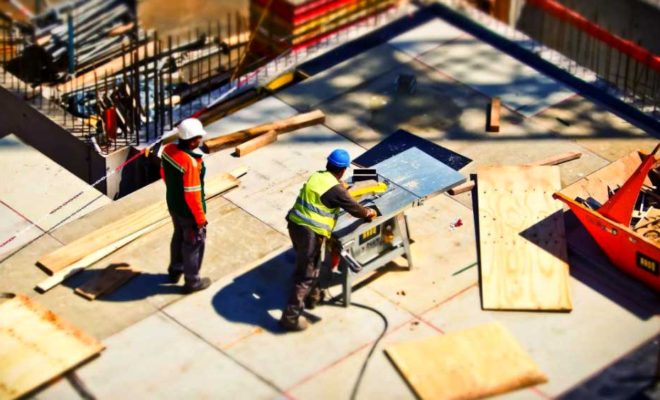 According to a forecast prepared by Associated Builders and Contractors, to meet labor demand in 2022, the construction sector will need to attract roughly 650,000 additional workers on top of the current hiring rate.

“The Infrastructure Investment and Jobs Act passed in November and stimulus from COVID-19 relief will pump billions in new spending into our nation’s most critical infrastructure, and qualified craft professionals are essential to efficiently modernize roads, bridges, energy production and other projects across the country. More regulations and less worker freedom make it harder to fill these jobs.”

This increasing demand is on top of the already above-average number of employment vacancies.

The model also takes into account predicted industry retirements, moves to other industries, and other types of anticipated separation.

According to historical Census Bureau Job-to-Job movement data, a projected 1.2 million construction employees will leave their positions in 2022 to work in other industries.

This is predicted to be offset by an estimated 1.3 million workers leaving other industries to work in construction.

“An added concern is the decline in the number of construction workers ages 25-54, which fell 8% over the past decade. Meanwhile, the share of older workers exiting the workforce soared,” Basu continued.

According to the Centers for Disease Control and Prevention, the industry’s average age of retirement is 61, and more than 1 in 5 construction workers are currently older than 55. The scarcity of qualified skilled workers is an even more pressing issue.

“With many industries outside of construction also competing for increasingly scarce labor, the industry must take drastic steps to ensure future workforce demands are met.”

To fulfill industry demand in 2023, the industry will need to hire approximately 590,000 more workers on top of typical employment, assuming that construction spending growth slows next year.
“Now is the time to consider a career in construction,” Bellaman added.

“The vocation offers competitive wages and many opportunities to both begin and advance in an industry that builds the places where we work, play, worship, learn and heal. ABC member contractors use flexible, competency-based and market-driven education methodologies to build a construction workforce that is safe, skilled and productive. This all-of-the-above approach to workforce development has produced a network of ABC chapters and affiliates across the country that offer more than 800 apprenticeship, craft, safety and management education programs—including more than 300 registered apprenticeship programs across 20 different occupations—to build the people who build America.”