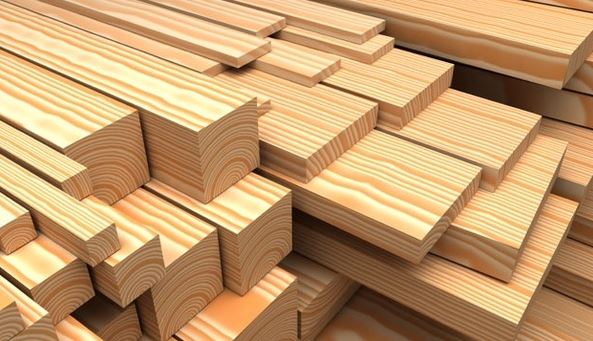 Soaring Lumber Prices Add Close to $36,000 to the Cost of New Single-family Home

The National Association of Home Builders (NAHB) reported in February that high lumber prices had added more than $23,000 to the average cost of a new home.

The rising cost of lumber has added nearly $13,000 to the market value of a typical new multifamily home.

According to the association, the average new single-family home price has risen by $35,872 since last year.

This figure is based on an analysis by the NAHB’s economic team, which claims that the price of lumber has tripled in the last year.

Furthermore, rising lumber prices have increased the market value of an average new multifamily home by nearly $13,000, resulting in households paying $119 more per month to rent a new apartment.

According to the most recent Random Lengths prices as of the week ending April 23, the price of framing lumber is near $1,200 per board foot — a nearly 250 percent increase from last April, when the price was around $350 per thousand board feet.

As reported by NAHB, these average home price increases were calculated based on the softwood lumber used in the average new home, as captured in the Builder Practices Survey conducted by Home Innovation Research Labs.

This includes beams, joists, headers, rafters, and trusses, as well as any softwood used in structural framing.

According to the NAHB, it will continue to take action against lumber prices. Here are a few of the organization’s most recent initiatives:

NAHB Chairman Chuck Fowke and First Vice Chairman Jerry Konter met with congressional leaders earlier this month, both in person and virtually, to urge them to address rising lumber prices and take steps to ensure an adequate supply of lumber and other building materials to stem rising housing costs.

More than 35 organizations recently sent a joint letter to Commerce Secretary Gina Raimondo, urging her to “examine the lumber supply chain, identify the causes of high prices and supply constraints, and seek immediate remedies that will increase production.” The effort was led by NAHB.

The NAHB continues to maintain close contact with the White House and will meet with top administration officials later this week to discuss the lumber situation.

Simultaneously, we continue to contact lumber producers, other policymakers, and the media, urging them to increase production to meet rising housing demand.

The National Association of Home Builders (NAHB) has flooded the media with its message about the need to act on soaring lumber prices and how they are harming home buyers, home builders, the housing industry, and the economy.

NAHB is also hoping for quick action on the trade front. Tariffs on Canadian lumber shipments into the United States are exacerbating price volatility and driving up housing costs.