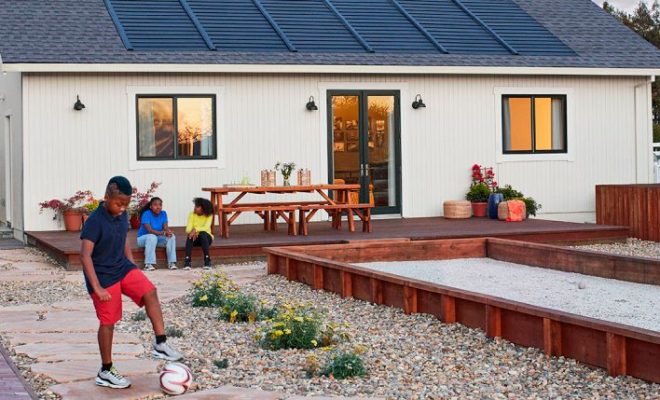 Timberline Solar is the world’s first nailable solar shingle, and it installs similarly to a traditional roof.

Timberline Solar is the only system that incorporates solar technology directly into traditional roofing processes and materials.

The Timberline Solar Energy Shingle ES, the world’s first nailable solar shingle, is included in this new system and is manufactured in the United States at GAF Energy’s manufacturing and R&D facility.

“We’re ecstatic to be launching our Timberline Solar roof in Denver. Residents in the Denver area now have access to the award-winning solar roof – and a roof that pays for itself over time “said Keally DeWitt, GAF Energy’s Vice President of Communications.

“Solar roofs are the future of clean energy, and Timberline Solar is unrivaled in terms of dependability, durability, cost-effectiveness, ease of installation, and aesthetically superiority. We’re thrilled to be bringing the next wave of clean energy adoption to Denver.”

Timberline Solar has an industry-leading depth of less than a quarter-inch and blends in with traditional shingles to create a sleek and appealing appearance.

It is the first product to receive UL 7103 certification, allowing GAF Energy to install the system on residential roofs as both a roofing and a solar energy product — the first of its kind to be recognized as both.

Solar roofing options for Denver homeowners and roofers interested in installing GAF Energy products can be found at www.gaf.energy.