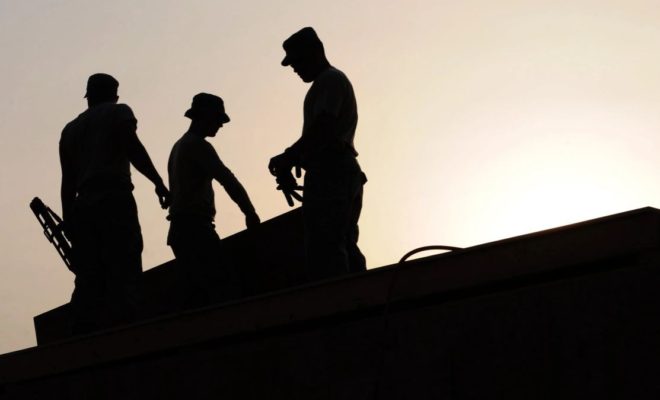 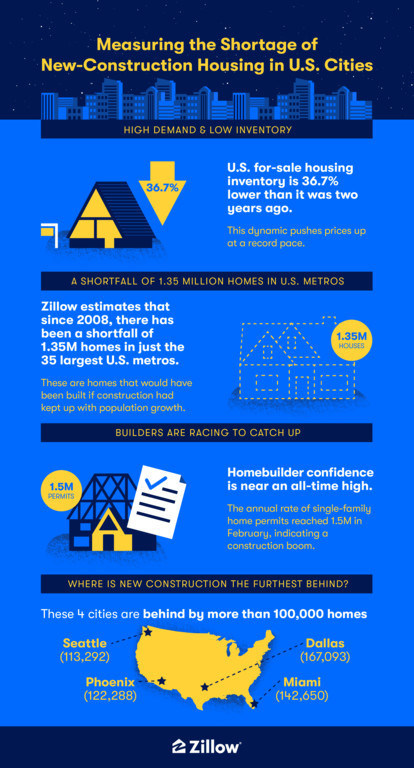 Zillow estimates that, since 2008, there has been a shortfall of 1.35 million homes in just the 35 largest U.S. metros.

We have officially entered a housing permit boom, and homebuilder optimism is near an all-time high.

A new Zillow analysis reveals how far builders still have to go to make up a 1.35 million new-home construction shortage caused by a decade of underbuilding.

In February, more than 1.5 million residential building permits were issued in the previous 12 months, marking a historic milestone in new-home construction in the United States.

This amount of activity suggests a housing boom not seen since August 2007.

The surge continued throughout the summer, with 1.69 million permits issued in the fiscal year ending in August.

This building boom has been compared to the glut that typified the Great Recession, but in reality, builders are just now beginning to fill the hole of unmet demand left by the mid-2000s housing crash.

“Builders in recent months have put the pedal to the metal to get new homes up and meet a rush of demand, and we just saw the first full year of above-average construction since the mid-2000s housing crash,” said Jeff Tucker, senior economist at Zillow.

“This isn’t a new boom cycle of new construction so much as it’s an attempt to get even from the last bust. There is still a long way to go to catch up from more than a decade of slow construction, and some markets have longer to go than others.”

When new construction is compared to population growth, Zillow estimates that there has been a 1.35 million home shortfall in just the 35 largest U.S. metros since 2008.

That is, there would have been 1.35 million more new single-family construction permits issued if they had kept up with population growth at the same rate as they did between 1985 and 2000.

At the current rate of permitting, that gap is equivalent to no homes being built for 2.7 years.

Permits only convey part of the story. Those homes must still be completed, but builder activity has been hampered by supply chain problems and manpower shortages. Despite builders’ best efforts, new home construction has slowed following a blazing spring, with the latest data showing an 8.4 percent drop since last year.

The number of dwellings allowed but not started is up 44.8 percent from a year ago.

The average household size is roughly as small as it has ever been (around 2.5 people per family presently, compared to three people per household as recently as the mid-1970s), implying that more homes will be required as the population expands.

Over the last 15 years, there have also been millions of “missing” homes: households led by persons who, historically, would be expected to have their own home by their current age but have been unable or unable to move out on their own.

These households must be considered when determining the number of dwellings to be built.

The consequences of this shortage are already being felt as property prices rise across the country.

The demographic makeup of the United States, as well as the opportunity for many people to work remotely, have increased housing demand.

Because of the scarcity of properties in the most densely populated cities, home buyers are fighting for a limited supply, driving up prices.

Single-family homes have gained far more than other types of properties, such as condos and co-ops, since the Great Recession, rising 47.9 percent since January 2008, compared to 29.4 percent for condos and co-ops.

By this metric, nine metro areas, including Chicago, Pittsburgh, and Detroit, now have a surplus of new single-family building.

Since 2008, these nine metros have witnessed modest population growth, and home value growth has lagged behind the national average in all but Pittsburgh.

There is no single solution to the housing issue, and any solution will take years to implement.

Relaxing zoning laws, according to a panel of experts polled earlier this year by Zillow, would be the most effective approach to expand supply.

Previous Zillow research has shown that even minor densification across big metro regions could allow for enough new homes to reduce the long-term increase of home prices. 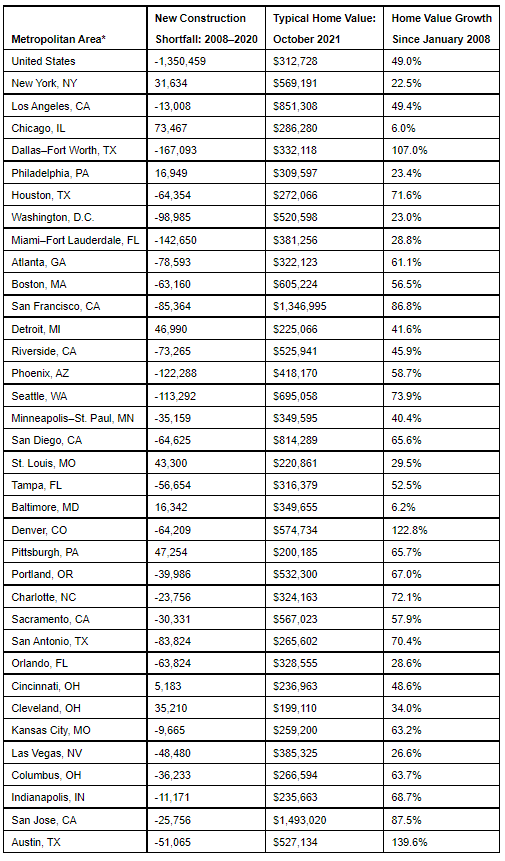