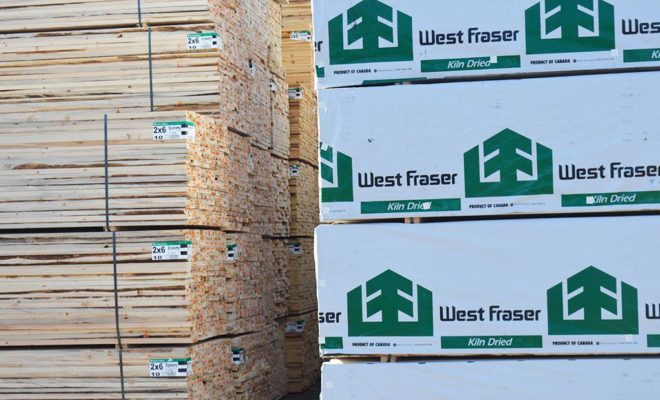 The acquisition is expected to finalize once U.S. regulatory reviews are completed and customary conditions are met.

On West Fraser’s third quarter results conference on October 28, 2021, management will provide an update and further details about the deal. Unless otherwise specified, all dollar values in this news release are in US dollars.

The new turn-key facility, which manufactures southern yellow pine timber products, began building in 2018, began operations in late 2019, and is scheduled to reach full production capacity of roughly 305 million board feet within three to four years.

The acquisition includes about $4 million in target working capital and roughly $24 million in extra tax attributes, which will result in a direct cash flow benefit to West Fraser.

The acquisition is a major milestone in West Fraser’s ongoing expansion of its lumber operations in the United States.

The new, high-efficiency facility is expected to be a top-quartile mill that will integrate with and support our existing East Texas lumber and OSB operations.

The Lufkin mill, which is expected to be among the lowest-cost operations in the Company’s lumber mill portfolio, is strategically located near low-cost and abundant fiber as well as large and growing end-markets, and its additional lumber production will allow West Fraser to better serve the Company’s growing customer base in Texas and the southern United States.

Following the closing of this acquisition, West Fraser will have a combined Canadian and U.S. lumber production capacity of about 7.0 billion board feet, with SYP lumber capacity in the United States accounting for nearly half of the Company’s capacity.

“We look forward to welcoming the Lufkin mill employees to West Fraser. The management team at Angelina Forest Products has done a commendable job developing the Lufkin team and operations, and we believe this modern, high-margin facility will enhance our existing U.S. platform of lumber mills and help us to better meet the growing demand for our lumber products in Texas and the U.S. South,” Ray Ferris, President and CEO of West Fraser said.

“With this acquisition, we will be able to quickly capitalize on a fully-invested and high-quality manufacturing facility. This includes a trained labour force and the local community and logistics infrastructure to support the mill’s supply chain, distribution and outlet for residuals. Further, we are able to immediately reap the cash flow benefits of our investment while significantly reducing the associated risks of greenfield construction, execution and start-up.”

Annual synergies of roughly $13 million are expected to be realized within two years with minimal capital expenditures.

These synergies are expected to be realized through continued capacity utilization improvement, the implementation of best practices, and the coordinated transportation, logistics, and procurement benefits derived from West Fraser’s distribution scale and existing production facilities in the region.

After the cash tax benefits described above, the post-synergy mid-cycle Adjusted EBITDA multiple at full production is forecast to be around 6.4x, and the deal is expected to provide an internal rate of return of roughly 13 percent.

According to recent industry announcements and West Fraser’s latest internal analysis, the cost of constructing a greenfield lumber mill of the scale and quality of the Lufkin mill, plus working capital investment and foregone cash flows anticipated during the construction and ramp up phases, is expected to exceed the purchase price of this top quartile facility.