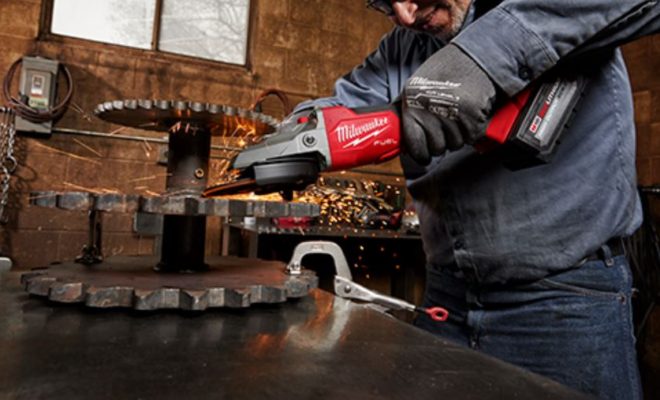 According to the toolmaker, it is the only brand that now offers a whole grinder lineup on a single battery platform.

The grinders are designed for the most difficult grinding and cutting operations, and they provide the next level of jobsite productivity and safety.

The M18 Fuel 5″ Flathead Braking Grinders provide 11 amps of corded power and produce 8,500 RPM for maximum continuous power, allowing users to drive the battery-powered grinder harder and longer than ever before.

Its low-profile, flathead form allows you easier access to confined locations to complete a cut or grind an edge that a regular 5″ grinder might not be able to reach.

The M18 Fuel 4-12″-5″ Variable Speed Grinders provide 11 amp corded power and five speed settings ranging from 3,500 RPM to 8,500 RPM, offering the user more control by allowing the user to slow down or speed up the accessory during grinding and cutting activities.

Both grinders have a Rapidstop Brake, which stops most wheels in less than two seconds for increased user safety.

The grinders are available with either a paddle switch or a slide switch, which is designed to alleviate user fatigue when operating in various settings.

According to Milwaukee, the Powerstate Brushless Motor delivers maximum continuous power, allowing users to execute the most difficult grinding and cutting operations and push cordless grinders harder than ever before on the jobsite.